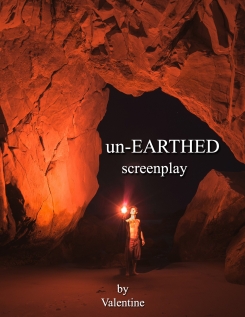 Jim is an archaeological anthropologist obsessed with finding a human fossil from a certain time period. Elizabeth is a NASA geologist whose scientific credibility has been undermined by her sexy feminine style. And Bold Hawk is a native American chief/shaman who takes them on a desert adventure to solve the mystery of the origins of humankind. With the authorities hot on their heels, their ranks grow to include a genius linguist called in by Elizabeth to decipher ancient text, and an Army Corps of Engineers Captain who’s originally out to bust them. Mysticism, science, intuition, math, ancient languages and mythology find common ground in this fact-based journey to our collective past. All the revelations are real world and verifiable. The climatic discovery is so plausible; it’s spooky. (Hollywood Pitch)